A Knife Felt but Not Seen 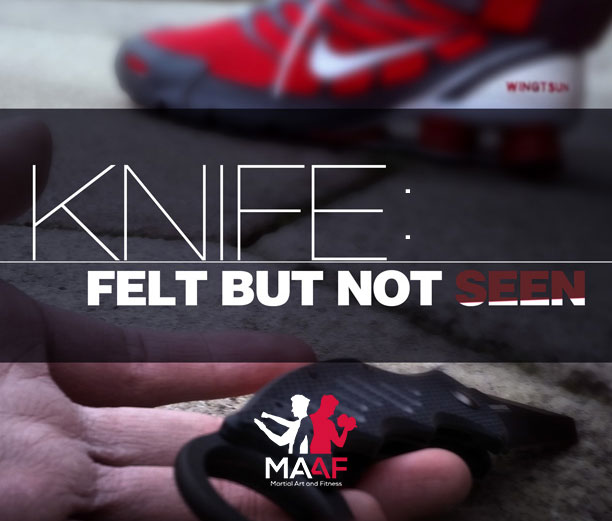 A training knife that will be felt but not seen. Please check out the video at the end of this blog to see the knife in action!

Explanation
In some classes students are taught edged weapon tactics only when a knife is out and in play. The instructor gives the student a knife and asks them to perform a single stab or a thrust at a fellow student and that alone amounts to their entire anti weapon tactics. Further to that, the student is only taught a few months a year. In our classes we teach at least four stages to any edged weapon attack and practice knife tactics throughout the year, let me explain how this training knife helps facilitate that. 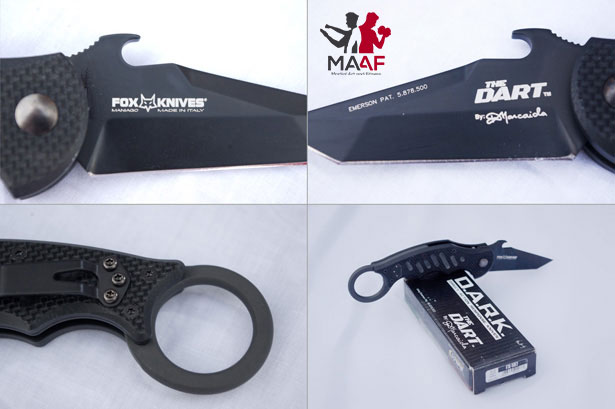 Once a student has learned tactics against weapons – Regardless of the curriculum being taught, an instructor should carry a knife on them at all times during their lessons. If they use this Dart knife then they can then utilise the wave feature to deploy the Dart quickly and randomly to attack unsuspecting students. This helps the student turn a trained response into their natural response. By carrying the knife it also means the student is under constant threat of being attacked as they never know when the instructor may decide to draw the weapon and attack them. With this method students can train against weapons all year around instead of waiting for the weapon curriculum to roll back around. The instructor can also draw this training knife at speed and so creates a more realistic scenario as knife attacks are often ambushes. Not everyone will stand 5 feet away and thrust with a single lunge, yes this is sarcasm! But it’s what I often see from other schools. Does this mean don’t practice single lunges? No. It means practice everything. Your imagination is your only limit; change the distance, amount of thrusts, the angle of attack, the type of weapon etc… 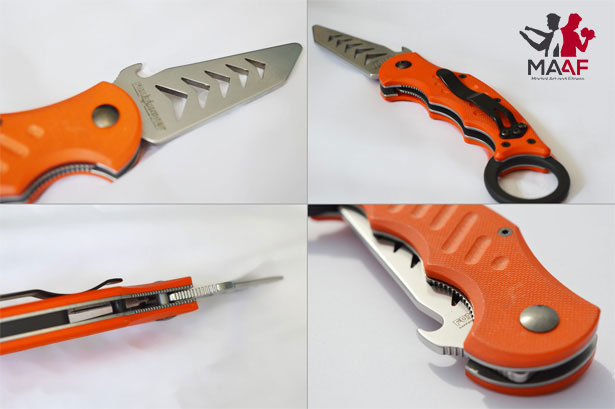 Description
The Dart knife was designed by Doug Marcaia and Lad Mandiola in conjunction with Fox knives Italy. The name Dart stands for Direct Action Response Tanto and features the patented Emerson wave opening feature that allows for quick deployment. The blade is a straight edge tanto design. The handle is ergonomic and that means the practitioner can use it in forward and reverse grip. At the end of the handle you will also find a ring feature which allows for retention of the weapon. 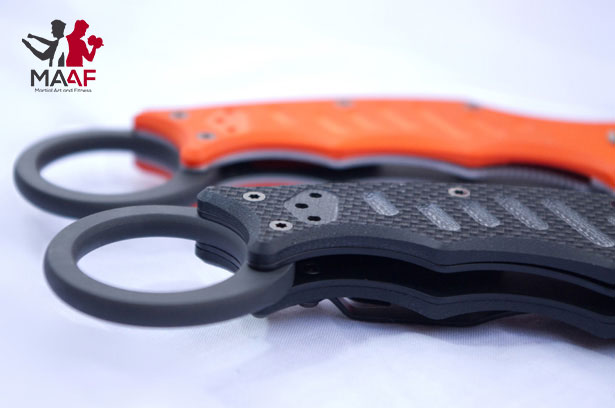 Conclusion
It goes without saying that any attempt at a weapon defence involves an enormous risk of us being injured, but constant and repeated practice will minimise the risk. The scariest thing about a knife attack is that someone requires absolutely zero training, zero skill level to be able to use it and murder someone. For some this reality is too much and instils fear. Remember if you don’t come back to class then you will never learn, never be prepared and always in fear. However, if you train and turn towards your fear then you can learn to overcome it, knowledge dispels fear. 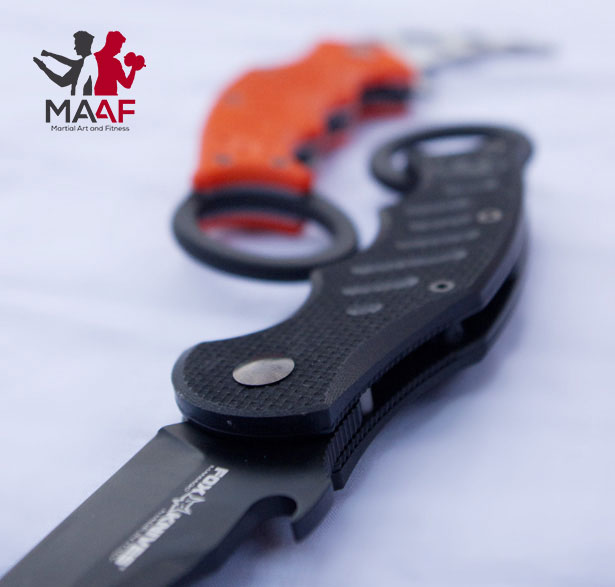 Practice against a wide variety of edged weapons. They can come in a variety of forms, Kitchen knives, Stanley knives (box cutters), hunting knives, fishing knives, penknives, multi tools, shivs, pointed toothbrushes, needles, screwdrivers etc…Not all weapons will have a long blade, not every knife will have quillions (guards) to prevent your hand from slipping up and down the knife. For example if you were attacked with a cleaver then the attack is likely to come overhead as it does not have a point. You need to have confidence that your tactics will work against every type of weapon.

Our aim at the end of every lesson is for each of our unique students to feel fitter, healthier, more confident and armed with the knowledge to realistically defend themselves if necessary, all taught in a safe and enjoyable environment that they love to return to.

We're focused on realistic self-defence and have designed a curriculum that puts the students' health and safety first.